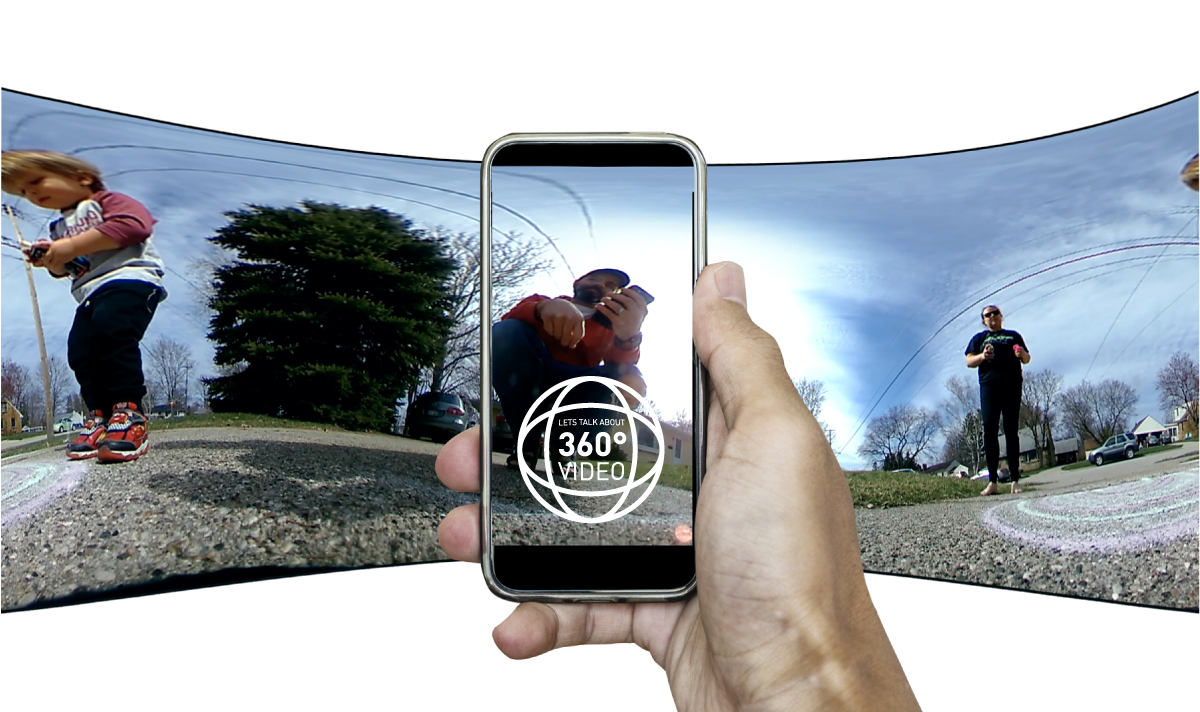 As someone who loves to travel and take in new things, while balancing the normal constraints of everyday life, 360-degree video provides an experience right on my home computer or mobile device. The technology behind 360 video is nothing new, but based on upgrades in the industry that make it easy to share these videos, I see potential for this technology to be used in ways we may have never thought possible.

Using specific 360-camera technology, a creator can record everything in the surrounding area of the camera, creating a 360 degree field of view. When played back, the viewer can control the direction of the immersive visual content, choosing what to look at. If you are unfamiliar with 360 video, take a minute and experience it for yourself.

Skydive in a Wing Suit

For a fully immersive experience with 360 videos, there are a variety of viewing goggles on the market, ranging in price, that use your smart phone or that connect to your computer for video playback. Your head movements control the viewing angle of the video, which gives you the sense of being in that space and time. It is truly a unique experience that all ages can enjoy. One that you can only appreciate by actually participating. As described by my three year old son, “IT’S SO COOL!” while quickly whipping the goggles back to his face.

Initially, the technology designed to create this 360 effect had a high price tag with low quality. These devices and the technology were initially thought of as “gimmicky”, but that didn’t stop a rush of products to the market to try to capitalize on consumer intrigue. Tech companies that weren’t players in camera hardware, like Kodak, Garmin, and Nokia, were even throwing their hats in the ring to see where the market would go. At this time, units could range from a few hundred dollars all the way up to the Nokia Ozo’s astronomical $60,000 price tag! The less expensive units had more limitations than selling points and the ones worth buying were well out of the consumer/prosumer budget. Other options on the market were camera rigs that needed as many as six GoPro cameras and a lot of post-production work to create this 360 effect. While the technology was intriguing, many consumers and professions couldn’t justify the value with the costs.

In recent years, there has been growth in the popularity of 360 video and virtual reality (VR) content across the entertainment industry. 360 video is often thought of as a form of VR, but it is important to know the difference. VR gives viewers the ability to directly interact with an often digitally created environment. While 360 videos only give a viewer that panoramic experience of a surrounding, with no direct interaction. These two technologies are often grouped together because of the use of the viewing goggles. Regardless of the distinction, many companies like Google, Facebook, YouTube and Vimeo have since dived into this technology and helped create better hardware and a platform to share these videos with the public. The cameras on the market today have seen improvements such as camera image sensors being capable of recording at a higher resolution, almost seamless image stitching, built in stabilization, HDR video and more. With the new support in place and upgrades in video quality, the opportunities it presents brands has significantly improved, as well as created a demand for the technology for professionals and hobbyist alike.

Want to put a viewer courtside of an NBA basketball game or in the front row at a concert?

Offer teachers the ability to guide their students through a historical site, or experience a cultural event in a different way than a textbook or video could otherwise present?

Provide field experience to see how your emergency medical technicians, first responders, and even military trainees have handled certain situations without interfering in actual events?

360 video can be that unique solution you’re looking for. Not only is it a fantastic way of trying out a new creative tactic and show how your brand is innovative and forward facing, but it offers high levels of engagement as well. I have also found that 360 video can play into an entirely different set of emotions than a normal video, simply because it gives the viewer control of where to look and what to view. To better show what I am describing, watch this video of diving with sharks.

Were you worried about what could swim up from behind you? Was it hard for you to focus on one spot for longer than a few moments without feeling the need to check your surroundings? This 360 video creates a very different experience than if it were a normal video of swimming with sharks and is a great example of how 360 video is capable of striking a different set of emotions with viewers.

Personally, I have found learning the steps to create 360-degree videos to be something new and exciting, while requiring a completely different way of approaching a video project. Regardless of industry I think use of this technology can be extremely beneficial. If you are looking to create an exciting and engaging experience for your audiences, I think there is an interesting discussion to be had about the use of 360 video.